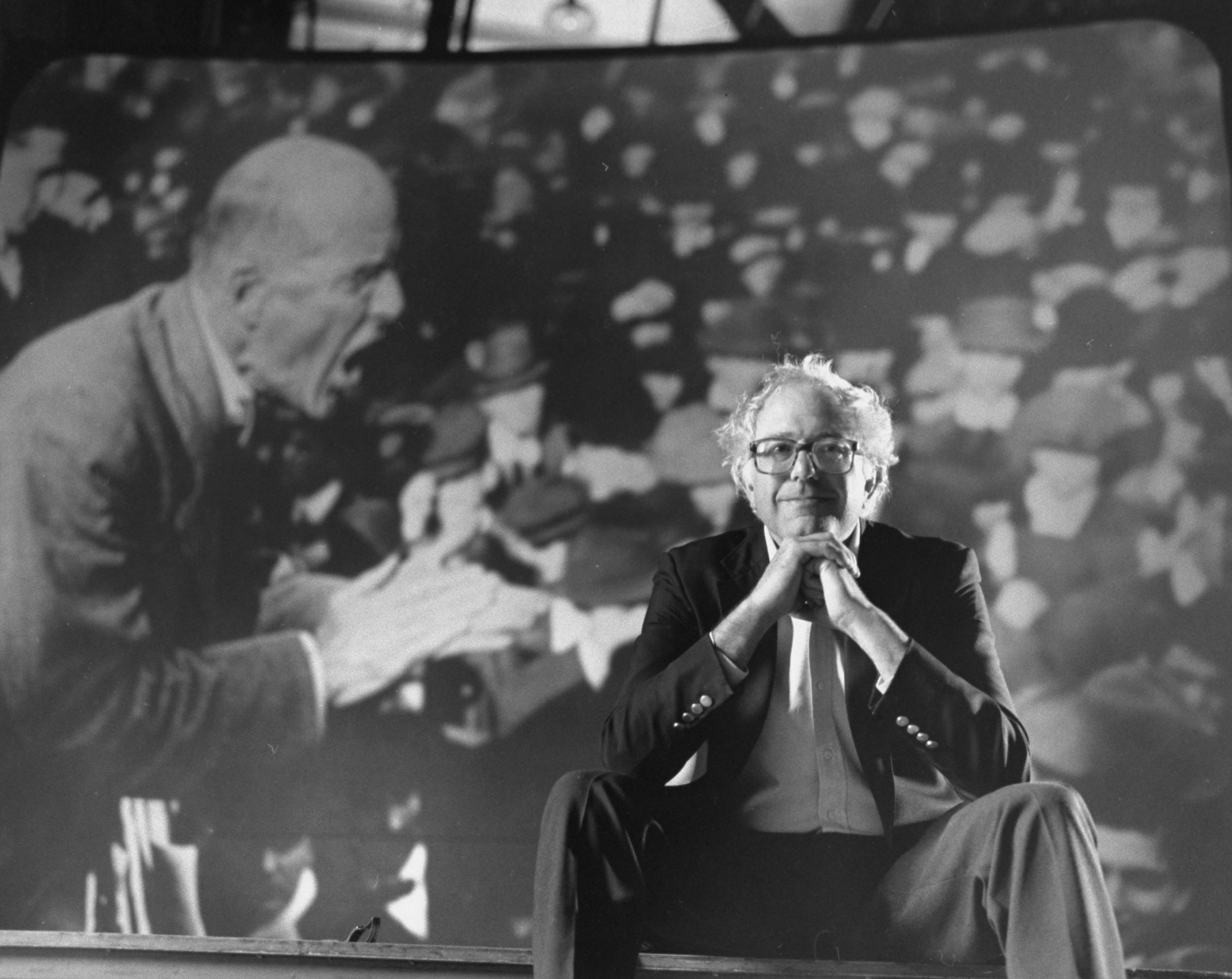 Long deployed by the right as an epithet, this form of left-wing populism is as American as apple pie.

Now that Bernie Sanders has entered the contest for the Democratic Party’s presidential nomination, Americans are going to hearing a lot about socialism, because the 73-year old U.S. senator from Vermont describes himself as a “democratic socialist.”

“Ever since I was a kid I never liked to see people without money or connections get put down or pushed around,” Sanders explained in making his announcement. “When I came to Congress I tried to be a voice for people who did not have a voice—the elderly, the children, the sick, and the poor. And that is what I will be doing as a candidate for president.”

But Sanders’s views are in sync with a longstanding American socialist tradition. Throughout our history, some of the nation’s most influential activists and thinkers, such as Jane Addams, John Dewey, Helen Keller, W.E.B. DuBois, Albert Einstein, Walter Reuther, Martin Luther King, and Gloria Steinem, embraced socialism.

Of course, America’s right-wingers say there’s already a socialist in the White House. For the past seven years, Barack Obama’s opponents—the Republican Party, the Tea Party, the right-wing blogosphere, , and conservative media gurus like Glenn Beck, Ann Coulter, Bill O’Reilly, Sean Hannity, and Rush Limbaugh—labeled anything Obama proposed, including his modest health-care reforms and his efforts to restore regulations on Wall Street, as “socialism.”

In March 2009, two months after Obama took office, the ultra-conservative National Review put a picture of the new president on its cover over the headline, “Our Socialist Future.” In 2010, Newt Gingrich authored To Save America: Stopping Obama’s Secular-Socialist Machine. Stanley Kurtz, a regular contributor to conservative publications and frequent guest on Fox News, published Radical-in-Chief: Barack Obama and the Untold Story of American Socialism.  These are only a few of the many right-wingers fulminating against Obama’s alleged socialist views.

Obama joked about this in his recent speech at the White House Correspondents’ Association dinner.  “I like Bernie. Bernie’s an interesting guy,” said Obama, referring to Sanders. “Apparently, some folks want to see a pot-smoking socialist in the White House. We could get a third Obama term after all.”

President Franklin Roosevelt faced similar allegations. His conservative enemies, including some members of Congress, consistently called him a socialist. In a speech defending his New Deal goals, FDR said: “A few timid people, who fear progress, will try to give you new and strange names for what we are doing. Sometimes they will call it ‘Fascism’, sometimes ‘Communism’, sometimes ‘Regimentation’, sometimes ‘Socialism’. But, in so doing, they are trying to make very complex and theoretical something that is really very simple and very practical.”  (Continued)