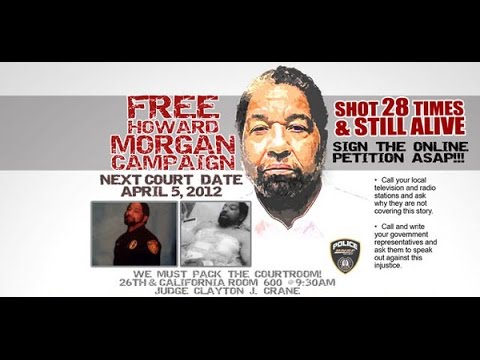 We, along with tens of thousands of other people, greet the decision by former Governor Patrick Quinn to commute[i] the sentence of Howard Morgan, who was almost killed by Chicago Police on Feb. 21, 2005, and was charged with attempted murder.  Howard Morgan, himself a police officer for over 21 years, was charged and unlawfully convicted in a second trial after being acquitted of firing his weapon in the incident.  He was sentenced to 40 years in prison.

We also greet the pardon based on innocence granted by Gov. Quinn to David Bates, and the commutation of the sentences of Anthony Dansbery, Tyrone Hood, Willie Johnson, and Carlos Villareal.  All have suffered years in prison unjustly, often for crimes they did not commit.

These are victories of the peoples struggles for justice.  We also must recognize the honesty and the courage of Gov. Quinn to act in the face of injustice, injustice that was organized and mobilized by state prosecutors and the police.  Gov. Quinn, in his last act as governor, will join the ranks of John Peter Altgeld and George Ryan, Illinois governors who took giant steps in the face of tremendous opposition to “do the right thing.”

But let us have no illusions.  The courage and honesty of one man, Gov. Quinn, alone could not have done it.  Gov. Quinn’s great achievement is that he was able to see and to hear the upsurge of millions of people all across this nation, demanding an end to police crimes.  Millions have participated, and continue to participate, in marches,  protests, direct non-violent actions, demanding an end to police violence, starting in response to the murder of Michael Brown in Ferguson Missouri.  This movement, embracing all races and ethnic groups even while being sparked and led by African American youth, deserves the credit for forcing the issue of police crimes and the cases of Howard Morgan and the others to the forefront.

The slogan of the campaign for freedom for Howard Morgan has been “Now Justice has a Voice,” because unlike Michael Brown, Eric Garner, and thousands of African American, Latino, and some white people who have been killed by police violence, Howard Morgan survived.  He is now free.  His voice will be a powerful one for ending police crimes, for passage of laws establishing democratic civilian control of the police, such as that proposed by the Chicago Alliance Against Racist and Political Repression.

Howard Morgan, David Bates, Anthony Dansbery, Tyrone Hood, Willie Johnson, and Carlos Villareal are free, but scores of Black and Latino men who have been tortured and forced to falsely confess to crimes they did not commit remain in prison.  In the words of the late Amilcar Cabral, “A luta continua!”