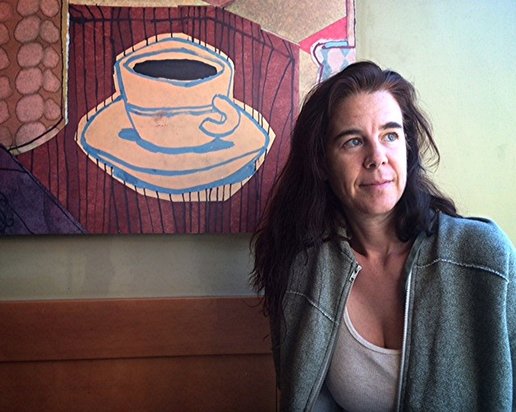 By Ana Beatriz Cholo
Beyond Chron

Feb 12, 2015 – Patti Donze, is a California State University, Dominguez Hills sociology lecturer doing everything right to become a tenured college professor. She has advanced degrees from well-respected universities and is teaching a full load of five classes this semester. But her net income is $2,500 a month, just barely enough to buy food and pay rent on a studio apartment in Culver City.

She has $50,000 in school loan debt — not an extreme amount considering the Juris Doctorate and Ph.D. that she has under her belt, but she said it’s not feasible to pay even the minimum monthly payment and is researching loan forgiveness programs.

Besides fast-food workers, there is another face of low-wage workers across the country. For many universities and colleges, both public and private, it’s their most embarrassing secret — paying educated professionals minimum wage salaries with no benefits. Adjuncts are paid much less than tenured and full-time faculty and typically do not have union representation.

For many adjuncts, banding together to speak up is one approach to winning better pay, benefits and some job security, such as longer and more stable contracts. These are the aims of academic unions and the New Faculty Majority, an advocacy organization committed to bringing about income equality for all college faculty in areas where unions are weak.

Adrianna Kezar, a professor at the University of Southern California’s Rossier School of Education and co-director of the Delphi Project on the Changing Faculty and Student Success, is an expert on change and leadership in higher education. She believes the unionization movement has been the big catalyst for the recent focus on unfair working conditions for these highly qualified educators.

“Fifty percent of the faculty in our country make what somebody at McDonalds makes,” she said, adding that more and more adjuncts are going on public assistance and needing food stamps to survive.

Last year in California, Local 1021 of the Service Employees International Union (SEIU) began an intense campaign to organize adjunct faculty members in the Bay Area and Los Angeles, part of a national Adjunct Action campaign that is taking place in American cities. (Disclosure: Both SEIU 1021 and the California Faculty Association are financial supporters of Capital & Main.) (Continued)

Chris Johnson has been a part of the adjunct faculty at Dominican University in San Rafael since 1995. She teaches English there, specifically developmental and business writing, and holds two master’s degrees — one in journalism and the other in library science. Like other adjuncts across the nation, she finds out only a couple of weeks ahead of time whether she will be teaching any classes during the upcoming semester. She must leave her schedule open and simply cross her fingers.

“We earn $4,305 to teach one class at Dominican,” she said in an interview. “That is considered high for the nation but we are in the Bay Area, which is considered one of the most expensive places in the world. The secretaries make more than we do. We have no benefits, no health care, but now that we have a union that is going to change.”

A study released last year by the Institute for Policy Studies noted that colleges with millionaire presidents are the same ones whose students are more indebted and where adjuncts are more heavily relied upon.

Cal State adjunct faculty are represented by California Faculty Association (another SEIU local), which represents more than 23,000 employees ranging from professors and lecturers, to counselors and coaches.

The CFA president, Lillian Taiz, said there are members who have been teaching for 30 years but are still considered temporary workers.

Taiz said there is no difference between lecturers and tenure track professors, and remembers when all educators had a good shot at getting a tenure track job and enjoying a middle-class life.

“Universities across the country,” she said, “instead of investing in long-term faculty who will build and grow the curriculum and students, are hiring temporary workers. It’s not any different than [in] corporate America. The disinvestment in education made universities turn to this haphazard temporary workforce.”

Taiz added that the only way for things to get better is if adjuncts come together and demand it.

“The connection to the fast-food workers is very similar,” said Taiz. “Corporations are not going to pay them $15 an hour out of the goodness of their hearts. It’s no different for faculty.”

Last year, a tentative agreement was reached between the faculty union and Cal State Los Angeles that slightly improved wages for holders of doctorates. Donze said that translated into a $300 per month salary increase — a nice raise but nothing life-changing.

She wishes adjunct faculty could be given the same benefits as tenure-track faculty. Her hope is to land such a job in the future, but those types of positions are few in number.

“I am teaching a class and I’m getting paid a third of what a tenured professor would get to teach the same exact class,” Donze said. “I was a merit scholar at my law school. I look good on paper, but here I am getting paid less than $20,000 a year. I mean, it was minimum wage on my W-2s. I had no idea that I would graduate with a Ph.D. and be making as little as I do. Starbucks would probably pay more.”

In a way, Donze is lucky because she has the advantage of teaching all of her classes in one location and, because she works for the Cal State system, health insurance. She’s also lucky because she is teaching a full load, but that is always contingent on her department. In 2012, she was bringing home $1,300 per month.

“All of my income went towards rent. I didn’t have money for food,” she said.

Despite the financial challenges, Donze said she loves her job.

“Basically I want to do exactly what I’m doing,” she said. “I have my dream job. I want to teach the people who are going to go out and make the changes that we want to see. They want to make a world that is more equal and just. Students tell me that I have changed their lives.”

Congressman George Miller (D-CA) highlighted the issue of adjunct pay last year, prior to his retirement, via a report from the House Education and the Workforce Committee. The study, titled, “The Just-In-Time Professor,” may pave the way for more interest from state legislatures into how state-funded universities are spending their money, which would help fuel the movement, according to Kezar.

As for what is fair pay for adjunct professors, that number depends on the institution, Kezar said. A new union contract at Tufts University, a relatively wealthy institution, will pay all part-time faculty $7,300 per course by September 2016 and those with eight or more years of service will get $8,760 a class. And work done outside of the classroom mentoring students, grading, advising, etc. will also be compensated — something that many adjuncts currently end up doing for students without pay.

Although Kezar considers that a reasonable salary, it is not realistic for all institutions, especially those that are not research-based or are state-funded. For instance, a good ballpark salary range for adjuncts in the Cal State system might be in the $5,000 to $6,000 range.

Examining priorities is key, said Kezar, who admitted she would be open to taking a pay cut herself in order to help equalize the pay system for adjuncts.

“What’s important is student learning and things that don’t align with that should not get priority,” she said. “We need an across-the-board examination of budgets.”

(Ana Beatriz Cholo is a Los Angeles-based writer, photographer and activist who has worked as a staff writer for the Los Angeles Times, Chicago Tribune, Associated Press, Press Telegram in Long Beach and the Whittier Daily News.)

To leave feedback, go to feedback@beyondchron.org