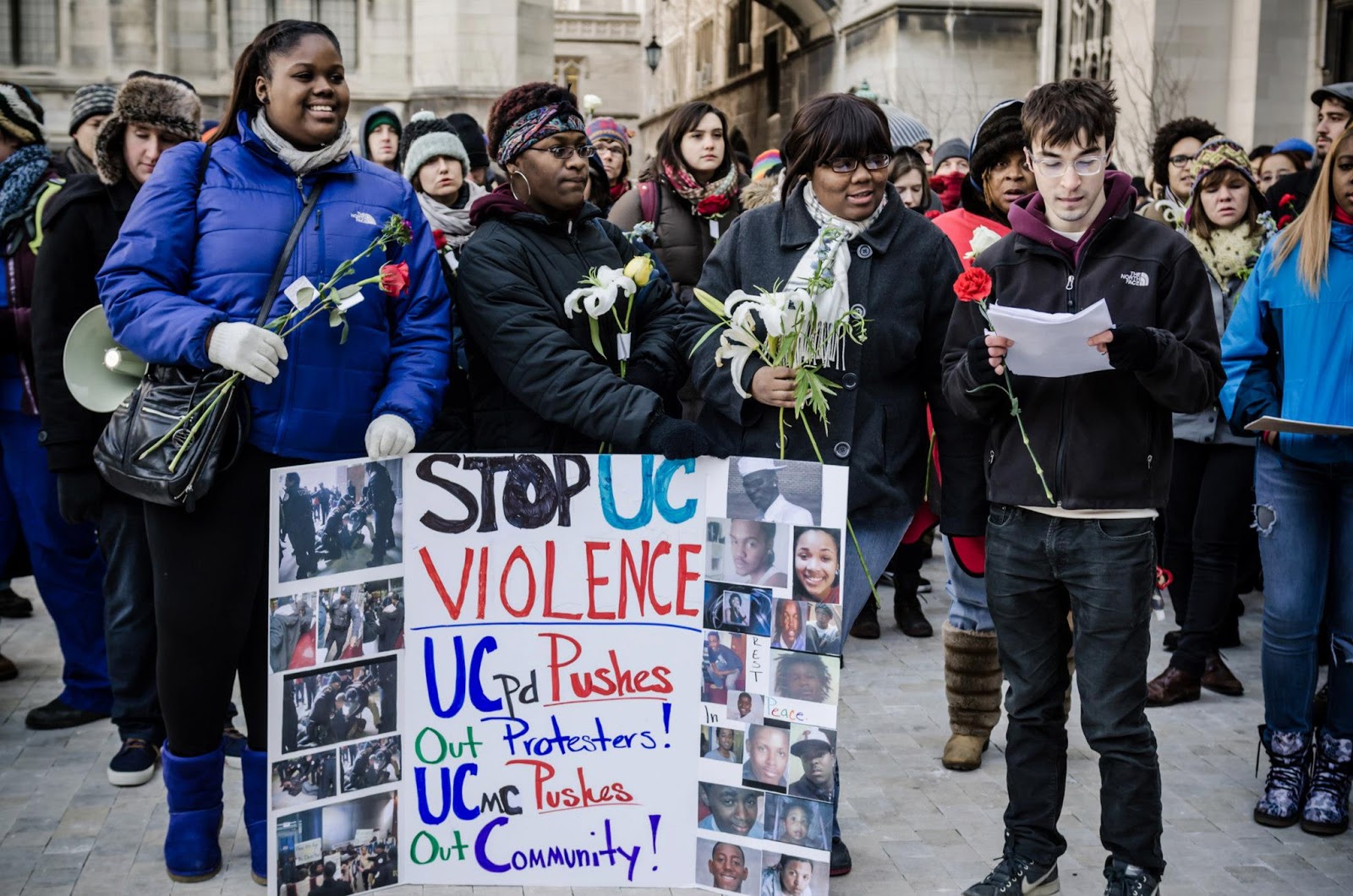 Over the July 4th weekend 10 people were killed and 55 wounded. As usual this opened a one-dimensional discussion on “Chicago violence” that focused exclusively on violence in the African American community and “Black on Black Crime”. If a Black person kills a Black person, and particularly if it involves gang rivalry, then that always provides an opportunity for the Mayor, the Anti-Violence Movement and Police Superintendent McCarthy to come out and hold our community in moral contempt for allowing this state of affairs to exist. In fact the Opinion section of the Chicago Sun-Times (July 13, 2015) has an op-ed by Laura Washington that says, “My people are committing genocide”. Raphael Lemkin, an authority on the subject, defined genocide as “a coordinated strategy to destroy a group of people, a process that could be accomplished through total annihilation as well as strategies that eliminate key elements of the group’s basic existence, including language, culture, and economic infrastructure.” So clearly Laura Washington does not understand the gravity of her statement or is unaware of the genocidal policies perpetrated against Black people in America from slavery to the present.

As organizers who are fighting against police crimes and for community control of the police we are constantly challenged by defenders of the status quo to focus on Black on Black crime. How do we respond to that challenge?

First, we start with the objective conditions of oppression in our communities that exist independently of anyone’s opinion. These conditions include high unemployment rates and below poverty wages, massive evictions and foreclosures, inadequate delivery of health services combined with an epidemic of alcohol and drug addiction and high infant mortality rates, miles of dilapidated housing, school closings, and scarce or non-existent recreational facilities. Add to these a phony war on drugs combined with a massive influx of drugs and deadly weapons, mass incarceration, 70% or more of gang related homicides unsolved and the active role of police in some of these murders (never censured, much less prosecuted) , hundreds of innocent victims of police torture and families whose children have been murdered by the police. All of these above-stated conditions are the result of existing government policies (such as austerity programs and institutionalized racist practices) and are the breeding ground for the violence in Chicago focused on by the media. The conditions that breed violence are never honestly discussed by the Mayor and his official and unofficial supporters. In fact, the status quo power relationships in the city are maintained and perpetuated by not addressing the root problems.

The reason why we are agitating, educating and organizing in our communities is because we know that this system of racist injustice that habitually blames the victim is incapable of solving this problem of Chicago violence. We are constantly delivering the message that we must enact an all elected Civilian Police Accountability Council (CPAC) that will hold the police accountable for the crimes they commit and the way they police our communities.

Police crimes and corruption are related to all crimes. That is why when we are petitioning/recruiting in the neighborhoods for CPAC and the response is overwhelmingly “Yes, I’ll sign”! “Yes, I’ll volunteer!”(To date we have about 500 volunteers). We see what the police do every day, and we experience the racist contempt they have for us first hand. The news media, the Mayor, Police Superintendent McCarthy and all their concocted schemes of community policing cannot and have not changed the harsh realities we face on a daily basis.

Finally let me say that the best response to those who would make us responsible for the breeding ground of violence that they created is to continue to build for a Mass March on City Hall this August 29, 2015. On that historic day we must make our voices heard like they have never heard before.

[For more information on the Chicago Alliance Against Racist and Political Repression, see http://naarpr.org .]