In these amazing photos, a photographer gets rare access to document the both extraordinary and mundane images of the Fukushima cleanup.Seven years ago, photographer and filmmaker Arkadiusz Podniesiński visited Chernobyl. This year, four years after the nuclear disaster in Japan, he took his camera to Fukushima to document the similarities between the two post-nuclear-disaster sites, and see how the cleanup was progressing.

Fukushima is divided into three zones: red, orange, and green. In the green zone, the cleanup has almost been finished. The topsoil has been removed and cleaned. Homes have been decontaminated, and soon residents will be allowed to return. 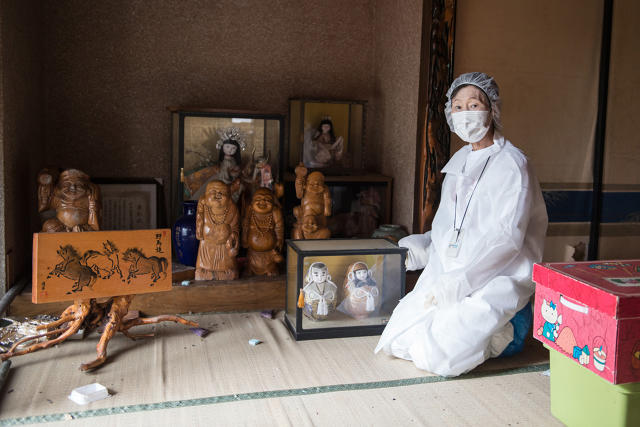 But Podniesiński was more interested in the orange and red zones. In the orange zone, where residents can visit but not stay overnight, he found farmer Naoto Matsumura, who returned illegally to live because "he could not bear to see whole herds of cattle wandering aimlessly in the empty streets when their owners had fled the radiation."

The red zone is deserted, but for the police who regularly checked Podniesiński’s difficult-to-secure permits. The place is eerie and peaceful. The earthquake and the tsunami that sent the nuclear plant into meltdown didn’t damage the entire town, so many deserted buildings stand intact. An abandoned motorbike stands tangled in weeds that have grown up through cracks in the concrete floor, and dumped cars are hidden in overgrowth. 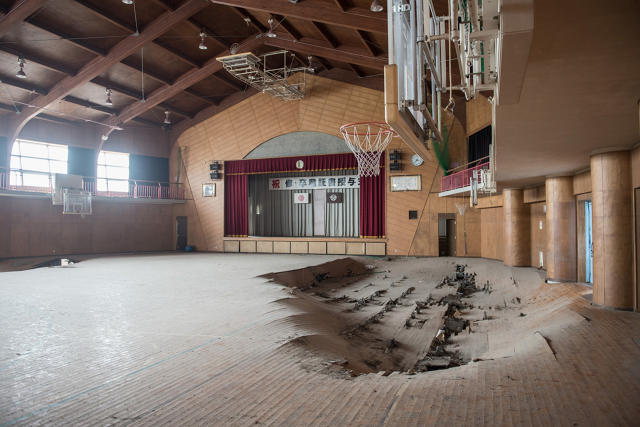 Stopped clocks in a primary school still show the time they stood when the tsunami cut power to the region. Inside the school, computers remain on desks, while trophies are piled haphazardly inside glass-fronted cabinets after the earthquake shook them off their shelves. The gymnasium remains almost untouched, perfect except for deep hollows where the floors collapsed into the earth below. (Continued)

"When taking photographs of the interiors of the buildings the similarities to Chernobyl are even more striking, although in Chernobyl, after almost 30 years since the disaster and thousands of tourists visiting it, it is hard to find any untouched objects. One time [in Chernobyl] a teddy bear is lying completely covered with gas masks, and a month later it is next to the window, put there so that a tourist could take a photograph in better light. These are things that were staged subsequent to the incident. In Fukushima, the disaster remains seared into the memories of residents, the evacuation order still in force, and the total lack of tourists mean that everything is in the same place as it was four years ago. Toys, electronic devices, musical instruments, and even money, have been left behind."

Even the shelves of abandoned stores remain stocked. But the desolation isn’t the only thing that Fukushima shares with Chernobyl. Podniesiński says that the cause of both disasters was the same—people. 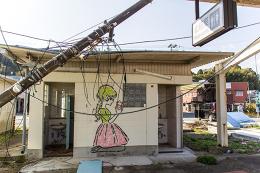 See : These are from three years after the disaster.

"It is not earthquakes or tsunami that are to blame for the disaster at the Fukushima Daiichi nuclear power station, but humans. The report produced by the Japanese parliamentary committee investigating the disaster leaves no doubt about this. The disaster could have been foreseen and prevented. As in the Chernobyl case, it was a human, not technology, that was mainly responsible for the disaster."

Podniesiński concentrates on the human impact of the disaster, often accompanied by residents who invited him into their homes. The images are extraordinary, not only for the post-apocalyptic scenes of overgrown city streets, but also for the everyday mundanity of the homes and public spaces, which look just like our own.