Zhang Yunfei was born in 1963 in Fengzhen City, Inner Mongolia Autonomous Region. He attended Renmin University of China, where he earned a doctorate in philosophy. Currently, he is a professor at the university’s School of Marxism Studies and a doctoral supervisor in basic principles of Marxism.

The concept of ecological Marxism emerged in the mid-20th century as theorists sought to transcend the capitalist system while resolving mankind’s conflict with nature and realizing true human freedom. A reporter from Chinese Social Sciences Today (CSST) sat down with Zhang Yunfei to talk about ecological Marxism and how it can be applied in a c 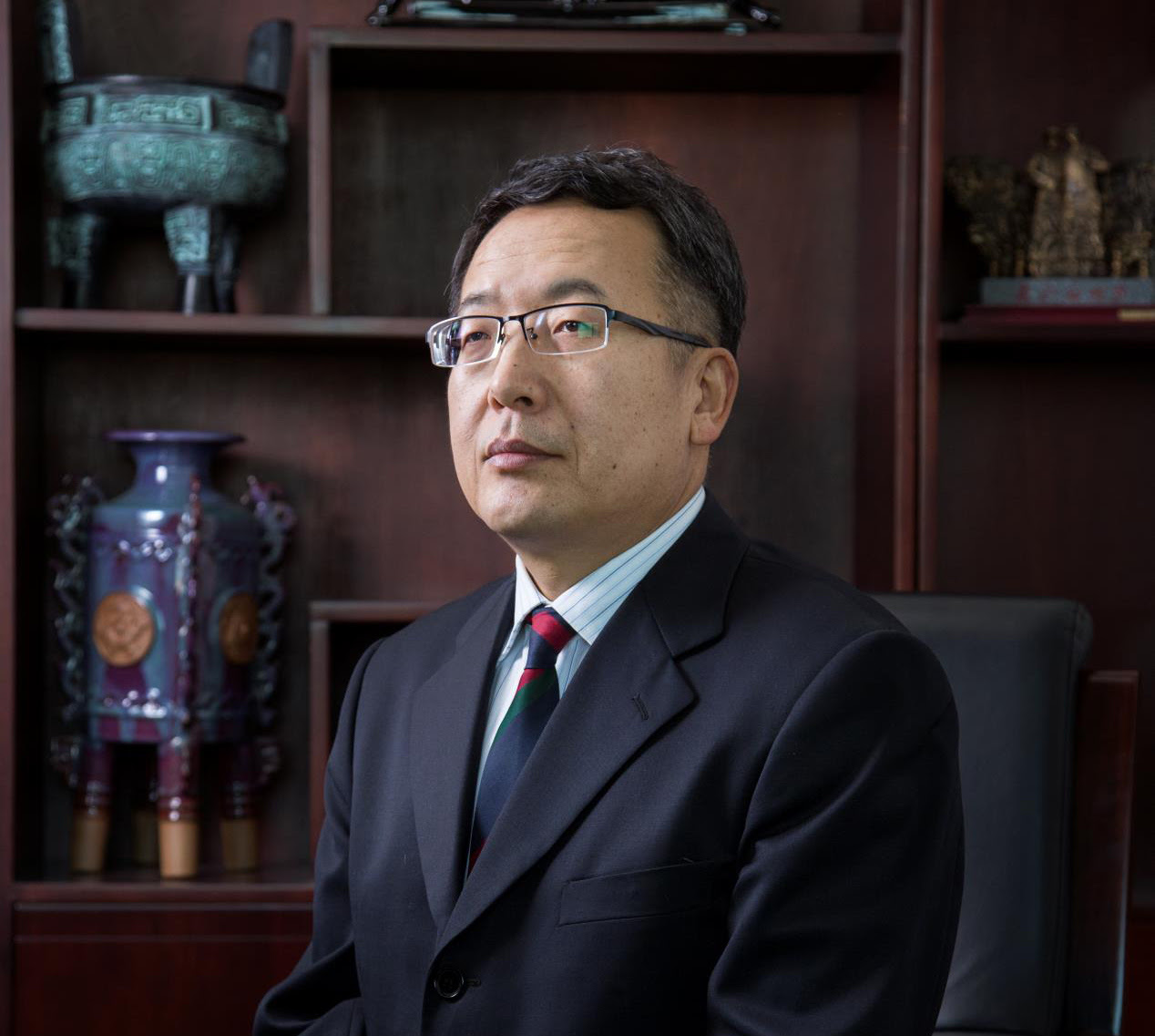 CSST: What are the connections between the ecological Marxism and Marxism?

Zhang: The connections between the two are viewed from three perspectives.

Some see ecological Marxism as orthodox Marxism. Based on Marxist texts and the history of the discipline, some theorists tried to explore the resources involving ecological thought in Marxism and established a framework of ecological thinking within Marxism. Marxism thus can serve to solve ecological issues.

Others view it as revisionary Marxism. Some scholars thought that Marxism didn’t offer solutions to the issue of “alienated consumption,” which is the cause of ecological crisis. Therefore, a view on ecological issues should be supplementary to Marxism. Other scholars contended that Marxism only dealt with the first contradiction—between productive forces and productive relations—while neglecting the contradiction between them and production conditions, but the second contradiction is the source of ecological crisis.

Hence, the second contradiction became the starting point for ecological Marxism. In fact, Marx and Engels have touched upon these issues. They just didn’t give a clear and detailed explanation of them. To introduce an ecological approach is a revision of Marxism, but the theory is not necessarily “revisionism.”

The third perspective is that ecological Marxism is an innovation of Marxism. After examining the ecological dilemmas facing mankind, some scholars have proposed various theoretical schemas and practical plans to resolve ecological problems and strive for sustainable development, sticking to the stance  of Marxism while combining the viewpoints and methods of Marxism with practice in environment protection. In this way, the ecological thinking in Marxism can be enriched and developed.

CSST: Can ecological problems be radically solved through ecological Marxism?

Zhang: In terms of the means of production, ecological Marxism opposes private ownership, especially capitalist private ownership. American scholar Joel Kovel criticized the neoliberalism preached by advocates of the “Tragedy of the Commons” theory. For the purposes of production, John Bellamy Foster, author of Marx’s Ecology, argued that basic needs and long-term environmental protection should be emphasized. When it comes to distribution, Foster held that only by adhering to “environmental equality” can environmental movements avoid becoming alienated from the working class, who stand firm against capitalism in terms of the means of production. James O’Connor argued that the essence of bourgeois justice is “distributive justice,” while productive justice is the aim of ecological socialism.

Ecological Marxism replaces capitalism with socialism as an economic model, which facilitates the ultimate solution of ecological problems. Only by adhering to the notion of popular sovereignty can the ecological transformation of society be achieved.

As for a cultural model, ecological Marxism sees the impact of culture reforms on harmony between humans and nature. Mechanistic thinking, a major factor that leads to ecological problems, should be converted to ecological thinking. Kovel held that to have an ecological understanding is to recognize the fact that humans are part of nature and inseparable from their environment. In terms of values, Foster pointed out that the perspective should be people oriented and focused on poor people in particular. Kovel argued that justice is essential to the mission of liberating the workforce and relieving ecological crisis.

Socialist environmentalist Fred Magdoff put forth a general model for “harmony culture.” “Harmony culture is equal to socialism plus the economic goal of meeting the basic needs of humanity while protecting the environment plus equality in essence plus simplicity in life.” This model is quite inspiring for the establishment of a sound ecological system in socialist society.

CSST: Does ecological Marxism face any limitations or dilemmas in theory and in practice?

Zhang: There are several problems facing the development of Marxism. First, Marxist philosophical ontology is not unified or clear. Realizing this, Kovel introduced the concept of “intrinsic value” of eco-centrism into Marxism, contending that ecological Marxism refers to achieving intrinsic value through a socialist means. However, eco-centrism belongs to the realm of green thought, which does not involve politics, whereas ecological Marxism pertains to red thought, which is dedicated to political issues. Therefore, there are theoretical and political barriers to integrating the two concepts. In addition, issues concerning ecological Marxism are mostly debated using historical materialism, while dialectics of nature are seldom referenced.

CSST: What efforts should be made to promote Marxist ecology studies in China?

Zhang: First, most research on ecological Marxism centers on the thoughts of representative figures, while not many touched on introducing general theoretical logic and contributions. Therefore, what we need now is a comprehensive comparative research perspective and an overall grasp of ecological Marxism to find out its significance relative to global Marxism as a whole.

Of course, we must consider all the difficulties and disadvantages facing ecological Marxism. The construction of an ecological society should be promoted by running with rather than nitpicking the theory.

The origins of ecological Marxism can be traced to O’Connor’s (1988) article, “Capitalism, Nature, Socialism: A Theoretical Introduction,” which he wrote as an introduction to the new journal he founded, “Capitalism, Nature, Socialism: A Journal of Socialist Ecology.” In setting up this argument, O’Connor referred to the 1944 book, The Great Transformation, by Karl Polanyi, who O’Connor notes examined the ways in which capitalism destroys nature as one of its inherent contradictions. Polanyi’s works point out that there are limits to economic growth attached to ecological factors, an idea that resurfaced in the 1970s in limits to growth arguments. Those ecological limits to growth are the factors that impede the relentless effort of capital to grow, and present a barrier to the ideological claim of capitalism regarding limitless growth potential.

As an economist, O’Connor well understood the traditional Marxist arguments about economic crisis and the forms in which those crises appear under capitalism. Previously, he had made significant contributions to that literature. In proposing an ecological Marxism, O’Connor sought to move beyond traditional crisis theories of capitalism (e.g., under consumption, over production, the realization of surplus value, the tendency of the rate of profit to fall, the extension of credit, wage deflation, etc.,.). While these issues remain important and useful to ecological Marxism, ecological Marxism directs its attention to the “capitalization of nature.” Part of that view relates to the ways in which the distribution of ownership in capitalist society affects access to nature and its raw materials and forces access to raw materials to become class linked. Another important aspect of this argument involves the ways in which capitalism produces adverse ecological conditions that threaten its stability along with the stability of nature.

—An excerpt from a online databse Green Criminology, by Michael J. Lynch, University of South Florida

Niu DongJie and Ming Haiying are reporters at the Chinese Social Sciences Today.