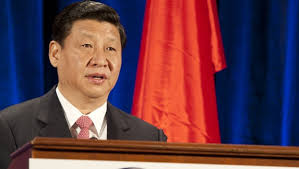 JAN. 4, 2015 – HONG KONG — They pounce on bloggers who dare mock their beloved Chairman Mao. They scour the nation’s classrooms and newspapers for strains of Western-inspired liberal heresies. And they have taken down professors, journalists and others deemed disloyal to Communist Party orthodoxy.

China’s Maoist ideologues are resurgent after languishing in the political desert, buoyed by President Xi Jinping’s traditionalist tilt and emboldened by internal party decrees that have declared open season on Chinese academics, artists and party cadres seen as insufficiently red.

Ideological vigilantes have played a pivotal role in the downfall of Wang Congsheng, a law professor in Beijing who was detained and then suspended from teaching after posting online criticisms of the party. Another target was Wang Yaofeng, a newspaper columnist who voiced support for the recent pro-democracy protests in Hong Kong and then found himself without a job.

“Since Xi came to power, the pressure and control over freethinkers has become really tight,” said Qiao Mu, a Beijing journalism professor who was demoted this fall, in part for publicly espousing multiparty elections and free speech. “More and more of my friends and colleagues are experiencing fear and harassment.”

Two years into a sweeping offensive against dissent, Mr. Xi has been intensifying his focus on perceived ideological opponents, sending ripples through universities, publishing houses and the news media and emboldening hard-liners who have hailed him as a worthy successor to Mao Zedong.

In internal decrees, he has been blunter, attacking liberal thinking as a pernicious threat that has contaminated the Communist Party’s ranks, and calling on officials to purge the nation of ideas that run counter to modern China’s Marxist-Leninist foundations.