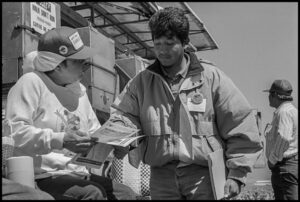 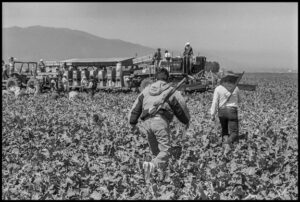 OAKLAND, CA 7/9/20 – Tenants and supporters demonstrated at an Oakland apartment complex where tenants are mounting a rent strike against Mosser Capital, one of several apartment complexes where rent strikes are taking place. During the COVID-19 crisis the landlord is insisting on bringing investors to inspect the apartments despite the danger of contagion. Mosser bought over 20 buildings in Oakland in 2016, according to the Alliance of Californians for Community Empowerment (ACCE). Mosser received a Paycheck Protection Program loan between $2 million and $5 million during the pandemic.

The Alliance of Californians for Community Empowerment organized tenants from buildings across Oakland to come to the apartment house, to confront speculators brought by Mosser Capital, the building’s owners. Tenants, especially seniors, expressed fear that letting strangers into their homes during the pandemic would put them at risk for contamination from the coronavirus. They also believed that the investor tour might result in evictions and rent hikes.