Jacqueline is seven years old. “I feel really bad because I can’t do anything for her,” Maria Pozar says. “Even the doctor says he can’t do anything – that she’s suffering from the dust in the air. Most of the children in North Shore have this problem. He just says not to let them play outside.”

The children of North Shore are the proverbial canaries in the coal mine, whose sudden illnesses warn of a greater, life-threatening disaster to come. That disaster is the rapidly receding waters of the Salton Sea. As more and more playa – the sea’s mud shoreline – emerges from the water and dries out, fine particles get swept up by the wind and coat everything in its path, including children’s noses. 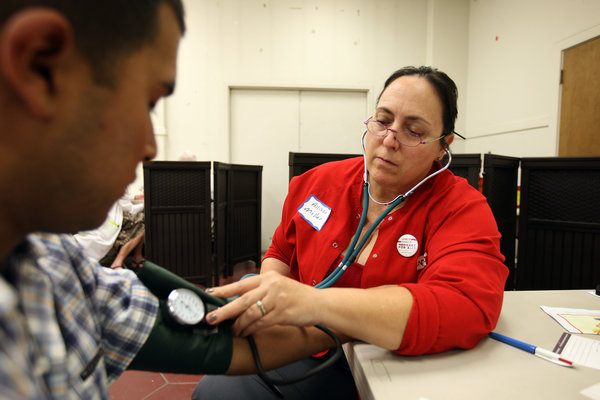 June 3, 2017 – For years, Republicans savaged Democrats for supporting the Affordable Care Act, branding the law — with some rhetorical license — as a government takeover of health care.

Now, cast out of power in Washington and most state capitals, Democrats and activist leaders seeking political redemption have embraced an unlikely-seeming cause: an actual government takeover of health care.

At rallies and in town hall meetings, and in a collection of blue-state legislatures, liberal Democrats have pressed lawmakers, with growing impatience, to support the creation of a single-payer system, in which the state or federal government would supplant private health insurance with a program of public coverage. And in California on Thursday, the Democrat-controlled State Senate approved a preliminary plan for enacting single-payer system, the first serious attempt to do so there since then-Gov. Arnold Schwarzenegger, a Republican, vetoed legislation in 2006 and 2008.

With Republicans in full control of the federal government, there is no prospect that Democrats can put in place a policy of government-guaranteed medicine on the national level in the near future. And fiscal and logistical obstacles may be insurmountable even in solidly liberal states like California and New York.

Yet as Democrats regroup from their 2016 defeat, leaders say the party has plainly shifted well to the left on the issue, setting the stage for a larger battle over the health care system in next year’s congressional elections and the 2020 presidential race. Their liberal base, emboldened by Senator Bernie Sanders’s forceful advocacy of government-backed health care last year, is increasingly unsatisfied with the Affordable Care Act and is demanding more drastic changes to the private health insurance system.

In a sign of shifting sympathies, most House Democrats have now endorsed a single-payer proposal. Party strategists say they expect that the 2020 presidential nominee will embrace a broader version of public health coverage than any Democratic standard-bearer has in decades.

RoseAnn DeMoro, the executive director of National Nurses United and the California Nurses Association, powerful labor groups that back single-payer care, said the issue had reached a “boiling point” on the left.

“There is a cultural shift,” said Ms. DeMoro, who was a prominent backer of Mr. Sanders. “Health care is now seen as something everyone deserves. It’s like a national light went off.” (Continued)